Another example of the sick , degenerate and decaying society we in the UK call home . Or at least the upper echelons of society . Even the most ignorant of individuals must realize that there is something extremely disturbing about this article . It is simply one of many similar articles which pop up in the mainstream media now and then , the usual establishment suspects are laid bare time and again .

The Tavistock Institute was founded in the 1920’s by Hugh Crichton-Miller who worked with shell shock victims post WWI , Crichton also had an interest in hypnotism .

Like many organizations , the Tavistock underwent a period of transformation just after WWII . This was overseen by close friend of Chrichton , John Rawlings Rees , with funding from the Rockerfeller Foundation .

The Tavistock Institute is joined at the hip to the Tavistock Clinic , now embedded within the UK National Health Service (NHS) .

All roads lead back to the corrupt and conniving UK establishment and their cohorts . In my opinion , even worse than the human filth we call the establishment are their weakling mercenary cohorts and minions , hired hands , often brainwashed , paid the Queen’s shilling to turn against the general population and cover up their establishment paymaster’s crimes .

In some respects the UK now resembles a vast open air experimental laboratory in the human condition , the population largely subjugated and enslaved .

The sad fact is that many do not even realize this .

An astonishing 17 pupils at a single British school are in the process of changing gender, The Mail on Sunday can reveal.

Most of the youngsters undergoing the transformation are autistic, according to a teacher there, who said vulnerable children with mental health problems were being ‘tricked’ into believing they are the wrong sex.

Read the full article here at the Daily Mail 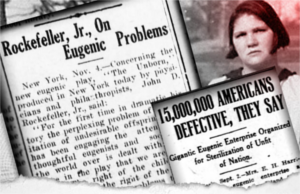