Hmmmm……..Why is the front end for the Banking Cartel discussing mind control technologies ?

The Annual Meeting of the Global Future Councils is the precursor to the World Economic Forum meeting held annually in Davos , Switzerland . The meeting is a shindig for the ‘global elite’ where they discuss how to make the stakeholders rich and powerful at the expense of the rest of us and the environment .

Cultocracy note :
Always substitute the word ‘elite’ for ‘parasite’ when used in this context and similar .

A few thoughts on the World Economic Forum from Wikipedia :

Anyhow , I bumped into this article at Vigilant Citizen :

Yes it is true , the elite are now concerned about ‘mind control technology’ , it would appear that they are seeking regulation .

A few quotes from the article :

At the moment, non-invasive neuromodulation – changing brain activity without the use of surgery – looks poised to usher in a new era of healthcare.

But what happens if this technique for altering our brain waves escapes regulation and falls into the wrong hands? Imagine a dictatorial regime with access to the tricks and tools to change the way its citizens think or behave.

Controlling the brain with sound waves: how does it work?

Well, to get straight to the science, the principle of non-invasive neuromodulation is to focus ultrasound waves into a region in the brain so that they all gather in a small spot. Then hopefully, given the right set of parameters, this can change the activity of the neurons.

I can see the day coming where a scientist will be able to control what a person sees in their mind’s eye, by sending the right waves to the right place in their brain.

That day is already here and the ‘elite’ know it .

Although considering the vast wealth and connections of the people who attend Davos , the findings of the interviewed scientist are a little vague and misleading .

Talk about regulation appears to be aimed more at Europe , no hope for the UK after Brexit then .

Reminds me of the US administration and their response to the Cuban diplomat ‘attacks’ .

In the past the wealthy ‘elite’ have been able to buy access to cutting edge weapons systems via corrupt elements within the military and intelligence apparatus .

Direct ultrasound can be used for neural manipulation and imaging applications but there are other far more effective methods , as ultrasound is attenuated by air .

A pulsed EM or optical source can also produce incident wideband ultrasound waves in tissue via thermoelastic expansion . Basically the rapid ‘on/off’ energy pulse causes a rapid expansion/contraction of molecules and atoms which which in turn creates an ultrasound pulse .

A pulsed electromagnetic source such as microwaves fired at a person will create an ultrasound signal , this forms the basis of thermoacoustic imaging .

A pulsed optical source such as a laser fired at a person will create an ultrasound signal , this forms the basis of  photoacoustic imaging .

Thermoelastic expansion is the biological basis of the ‘microwave auditory effect’ .

But of course , the microwave auditory effect is simply a lunatic conspiracy theory .

It would appear that mind control technologies are now going mainstream , only because nobody is immune from targeting .

Tin foil hats all round at Davos next year then .

Here’s another one if the attendees would like to go skiing .

Here’s one for the more free spirited ‘Davos Man’ who wishes to impress . 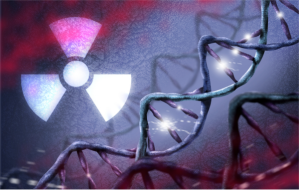