Saudi project for land mine clearance in Yemen 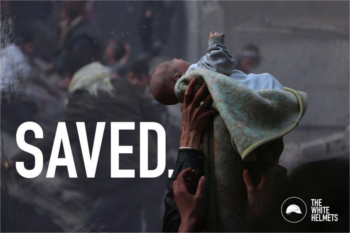 The ‘Saudi coalition’ has been blocking humanitarian aid to Yemen for years .

A cynical exercise in media manipulation and propaganda ?

An attempt to get ‘boots on the ground’ ?

Or a humanitarian mission to help the Yemeni people ?

From the Saudi Gazette (Cultocracy translation below each passage) :

“Riyadh — The King Salman Humanitarian Aid and Relief Center (KSRelief) announced on Monday the Saudi project for land mine clearance (Masam) in Yemen.”

Cultocracy translation : We are losing the information war because we are pathological liars .

“The humanitarian project aims at clearing Yemeni territories of land mines and explosive remnants of war.”

Cultocracy translation : We desperately need people on the ground .

“Some nine million people will benefit from the project.”

Cultocracy translation : About the same number that has suffered under the Yemeni proxy conflict .

“The project emanates from the teachings of Islam, which calls for helping the needy and for safeguarding human life, dignity and health.”

My translation machine broke down when fed this comment .

“It promotes the humanitarian role of the Kingdom (Saudi) and its global mission in this field.”

“Adviser at the Royal Court and KSRelief Supervisor General Dr. Abdullah Al-Rabeeah announced the details of the project and its objectives.”

“He said the project was important to humanity in general and Yemeni people in particular.”

Translation machine is now on fire .

“The Kingdom’s support for humanitarian issues stems from its consistent policy of cooperation to promote world peace, he said.”

White Helmets & ‘poison gas attacks’ on the way for Yemen .

This entry was posted in State Corruption, State Surveillance & Control, War on Terror. Bookmark the permalink.