Events described in the book Playland by author Tony Daly represent normal working practice by establishment employees . Tony Daly was aged 20 when he was drugged with hypnotic sedatives , raped and mind controlled by establishment filth . It is likely that the whole process was part of a sadistic and disgusting method termed Monarch mind control , practiced on a massive scale in the UK . After the initial ordeal Tony was pimped out to high ranking political figures and others as part of a large scale blackmailing operation .

As always , the keyword is control .

In harrowing book Playland, author Tony Daly reveals how he was plucked from an amusement arcade as a young man in the Seventies and thrust into a terrifying nightmare

“Four years earlier I’d been in Derry on Bloody Sunday. A friend of mine was killed that day by British troops. In the six months which followed, 256 people died. The bombs got bigger and deafeningly louder. I wanted to escape it all. That’s why I had ended up in London.”

After losing all the money he had on him that Saturday afternoon in London, Tony wandered down Oxford Street into the Playland amusement arcade. Just as he was leaving, he was approached by a man who introduced himself as Keith.

Tony explained he’d lost his money and Keith offered to buy him a drink in a nearby pub. Shortly afterwards, they were joined by another man.

“They asked where I was from and were incredibly friendly,” recalls Tony. “I remember thinking, ‘This doesn’t feel quite right’ but then I thought, ‘But this is London, maybe this is what happens in London’.”

The men said they were going for a meal and invited Tony along.

“I truly thought they were just being friendly. Remember, I didn’t know anyone in London and I was keen to meet people.

“When they asked me to go back to their flat, it did seem odd but I was a bit tipsy and didn’t want to appear rude so I went along.”

By the time they arrived at the flat Tony was feeling decidedly unwell. He says: “I was overcome with a wave of nausea. I said, ‘I’m sorry, I really need to be getting home’.”

But when he got up to leave, the evening took a different turn. Suddenly, Tony was being forced into a bedroom, where he was slapped around the face, flung on to a bed and violently raped .

Tony was raped twice. The following morning one of the men gave him £30 and told him there were “very important men” he should meet.

Then his rapist revealed he had taken photos of Tony in the night and threatened to send them to Tony’s family if he told anyone what had happened.

Tony was being touted as prey for a group of high-profile men and had no idea how to respond.

It was the beginning of a three-month ordeal where he was groomed by a pimp who regularly had sex with him as well as selling him to a string of important members of London society.

He was taken to parties attended by well-known MPs, captains of industry and the super-wealthy where he was forced to have sex and perform sex acts.

To dull the pain of what was going on he began drinking heavily. He was introduced to cocaine. He rarely ate and his health collapsed. Yet he also developed a strange fondness for his pimp.

“At least he showed some kindness to me,” recalls Tony. “But I was totally brainwashed by then. He groomed me so effectively and to such an extent that I was totally dependent on him.”

He says: “If he hadn’t told me to go I wouldn’t have been able to do it. I was totally in his control by that point. But he freed me and for that I was grateful.”

Tony returned home a skinny wreck but never told a soul about what had happened in those months in London.

The mental scars never left him though and he was terrified that one day his abusers would come to reclaim him.

He says: “Our house was raided by the army. Afterwards, the officer in charge called me over and said, ‘This is a calling card from your friends in London’.

“I knew they were trying to intimidate me. I’d been used by MPs and very important people – they needed to be sure I’d be too scared to tell my story.”

Later, Tony married, had children and the events of 1976 faded. Then, in 2014, stories emerged about VIP paedophiles – abusers in the highest echelons of politics and power.

Read the full article here at the Mirror.co.uk

Read an extract from Playland at the link below : 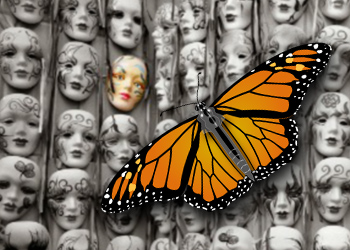