The big question is , what exactly are the goals ?

Increases in defence spending follow a well worn path ; fabricated conflicts lead to global instability which leads to fear which leads to increased spending . A little like a Mafia protection racket .

There should be no doubt that the defence industry now serves as the ideal research vehicle which can service a wide variety of global agendas which have no relation to ‘defence’ at all .

In a classic case of doublethink the public are told that spending money on defence will increase peace .

Both WWII and it’s successor the ‘Cold War’ served as the ideal technological advancement platform .

Arms sales are big business , a vast chunk of expenditure is in the hands of peripheral defence contractors .

Defence research in a modern world is not about bombs and bullets , although you can sell these to other countries . It would be much cheaper to buy bows and arrows .

Accounting is opaque to say the least .

How much is siphoned off into the variety of nefarious black projects currently in progress will never be known .

The extent to which private companies and organizations gain financially from ‘military’ research and development will also never be known .

One thing we can state unequivocally is that the people always lose . 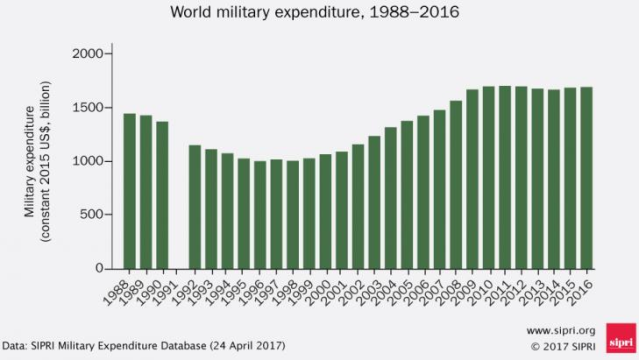 As is to be expected , the US has the largest defence budget .

The pie chart below shows that the US spends almost as much as the rest of the world combined . 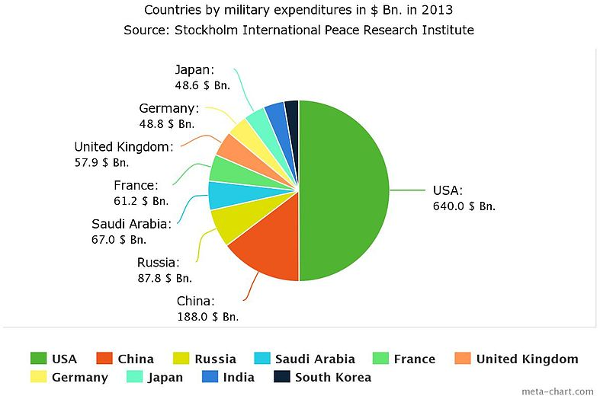 Military budget of the United States

Under pressure from the US administration , European countries have followed suit . All have increased defence spending in recent years , or intend to increase spending  .

FrAlthough , despite laughable scare stories spread in the MSM there was a little hiccup from one partner in the coalition .

Possibly because all of the money has already been spent lining the pockets of defence contractors during the phoney ‘War on Terror’ .

Unfortunately nobody is really sure as to who ultimately controls the racket and what their real aims are .