Towards new Human Rights in the age of Neuroscience and Neurotechnology

An article which shows increasing awareness from the scientific community regarding the perils of rapidly developing & sophisticated neural technologies . Unusually this particular article has also reached the mainstream media , it was printed in the Independent under the title ‘New computers could delete thoughts without your knowledge, experts warn’ . These topics have been covered extensively for decades by the alternative media .

There are currently no laws or ethical standards governing the use of neural technologies , this gives the users of such technology a false sense of legitimacy to use it at will . They are taking full advantage of their own suppression of the true uses of neural technologies to expand their networks of control , eugenics & enslavement .

This technology is the underlying reason for the increasingly draconian surveillance & control structure in Western countries , particularly the UK & US . The security establishment & their associated subsidiary private enterprises are petrified that the truth will emerge . Even worse is the fact that the technology is spreading like a virus and is now in the hands of wealthy individuals & corporations .

The technology is here & is being deployed & tested on a large scale for a wide variety of nefarious purposes .

Nobody can hide from the truth .

As usual , the keyword is control .

Rapid advancements in human neuroscience and neurotechnology open unprecedented possibilities for accessing, collecting, sharing and manipulating information from the human brain. Such applications raise important challenges to human rights principles that need to be addressed to prevent unintended consequences. This paper assesses the implications of emerging neurotechnology applications in the context of the human rights framework and suggests that existing human rights may not be sufficient to respond to these emerging issues. After analysing the relationship between neuroscience and human rights, we identify four new rights that may become of great relevance in the coming decades: the right to cognitive liberty, the right to mental privacy, the right to mental integrity, and the right to psychological continuity.

Thou canst not touch the freedom of my mind

The quotation in the epigraph is from the play Comus, written by John Milton in 1634. The piece, an exhortation to virtue, follows the story a young noblewoman who has been abducted by a sorcerer called Comus. He has bounded her to an enchanted chair and tried to seduce her with arguments about the charm of bodily pleasure. Despite all his rhetorical assaults, the woman repeatedly refuses his advances and claims that, no matter what he does or says, she will continue to assert her freedom of mind, which is beyond his physical power. In the end, she is rescued by her brothers, who chase off Comus.

The quoted sentence conveys the idea that the mind is a kind of last refuge of personal freedom and self-determination. While the body can easily be subject to domination and control by others, our mind, along with our thoughts, beliefs and convictions, are to a large extent beyond external constraint. Yet, with advances in neural engineering, brain imaging and pervasive neurotechnology, the mind might no longer be such unassailable fortress. As we will explain in this paper, emerging neurotechnologies have the potential to allow access to at least some components of mental information. While these advances can be greatly beneficial for individuals and society, they can also be misused and create unprecedented threats to the freedom of the mind and to the individuals’ capacity to freely govern their behavior.

In the research context, brain imaging techniques are widely used to understand the functioning of the human brain and detect the neural correlates of mental states and behavior. Clinical applications of brain imaging as well as other neurotechnologies are significantly improving the well-being of patients suffering from neurological disorders, offering new preventive, diagnostic and therapeutic tools. Outside the clinics, pervasive commercial applications are rapidly providing new possibilities for self-quantification, cognitive enhancement, personalized communication and entertainment for normal users. Furthermore, a number of neurotechnology applications are becoming of major interest in the legal domain, especially tort law, criminal law and law enforcement.

On the other hand, these same technologies, if misused or inadequately implemented, risk creating unparalleled forms of intrusion into people’s private sphere, potentially causing physical or psychological harm, or allowing undue influence on people’s behavior.

This paper makes the case that the possibilities opened up by neurotechnological developments and their application to various aspects of human life will force a reconceptualization of certain human rights, or even the creation of new rights to protect people from potential harm.

For a long time, the boundaries of the skull have been generally considered the separation line between the observable and unobservable dimension of the living human being. In fact, although primitive forms of neurosurgery used in ancient societies, including pseudo-scientific procedures such as trepanation, could allow for the observation and even manipulation (e.g. selective removal) of brain tissue, yet the neural and mental processes run in the brain and underlying emotions, reasoning and behavior remained at length unobservable. In contrast, modern advancements in neuroscience and neurotechnology have progressively allowed for the unlocking of the human brain and provided insights into brain processes as well as their link to, respectively, mental states and observable behavior. In 1878 Richard Canton discovered the transmission of electrical signals through an animal’s brain. Forty-six years later, the first human electroencephalography (EEG) was recorded. Since then, a neurotechnological revolution has taken place inside and outside the clinics. In the 1990s, sometimes referred to as the ‘decade of the brain’, the use of imaging techniques for neurobehavioral studies increased dramatically (Illes 2003). Today, as a wide and rapidly expanding spectrum of neuroimaging technologies has become clinically and commercially available, the non-invasive recording and display of patterns of brain activity (often associated with the completion of physical or cognitive tasks) has become standard practice. For example, EEG recordings are being widely used to non-invasively measure electrical activity of the brain and detect voltage fluctuations. In addition, derivatives of the EEG technique such as evoked potentials (EPs) and event-related potentials (ERP) allow to average EEG responses to the presentation and processing of stimuli, hence to record brain signals during the performance of specific sensory, cognitive or motor processes. Another technique, functional magnetic resonance imaging (fMRI), allows to measure brain’s electrical activity indirectly, i.e. by using hemodynamic responses (cerebral blood flow) as indirect markers. Current fMRI techniques can localize brain activity, graphically display patterns of brain activation, and determine their intensity by color-coding the strength of activation. fMRI techniques are implemented for a variety of purposes including pre-surgery risk assessment, and functional mapping of brain areas to detect abnormalities (e.g. left-right hemispherical asymmetry in language and memory regions) or to observe post-stroke or post-surgery recovery, as well as the effects of pharmacological and behavioral therapies. In addition, a number of neurological conditions including depression and Alzheimer’s disease can now be diagnosed with the use of fMRI (Koch et al. 2012).

The capacity of neuroimaging techniques to map brain functioning has been tested effective also in gaining insights into people’s intentions, views and attitudes. For example, scientists were able to infer from decoded brain activity which actions participants in their trial were intending to perform. The task in question was to decide whether to add or subtract two numbers and to covertly hold their intention for a few seconds. During that delay, it was possible for scientists to determine with 70% accuracy which of two tasks the subjects were covertly intending to perform (Haynes et al. 2007). In another study, participants toured several virtual-reality houses, and then had their brains scanned while touring another selection. By identifying certain patterns of brain activity for each house, scientists were able to determine which houses their subjects had been to before (Smith 2013). Brain scans do not only allow to ‘read’ concrete experiment-related intentions and memories. They appear even able to decode more general preferences. A US study has shown that fMRI scans can be used to successfully infer the political views of the users by identifying functional differences in the brains of respectively Democrats and Republicans (Schreiber et al. 2013). Similarly, men’s frequent preference for sport cars has been correlated with specific functional differences in the men’s vs the women’s brain (Baron-Cohen 2004). 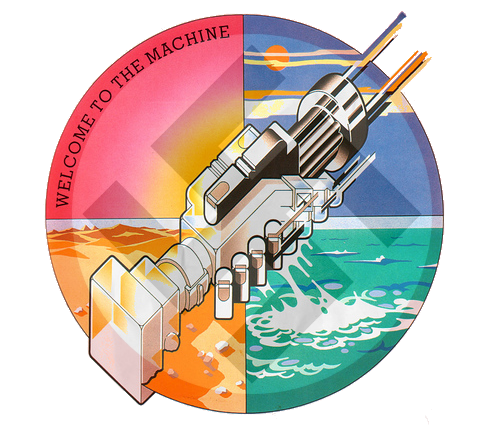 Welcome to the Machine