Reblogged from Coalition of the Obvious

As I surmised after Trump’s entrance into the election , I stated that he would advance the police state and surveillance grid like no other before him. Regardless of whether you believe that they are spying on each other, you are the most surveilled citizens in the world  with exception to Great Britain.

My belief is of course that all the left right paradigm and players are staging, scripting and fomenting the news as well as the leaks. Snowden to Russia and back to Wikileaks and Mother MI6, the Israeli-Vatican Joo-joos are collecting the largest mass of data in an enterprise that can only be for purposes beyond the FBI dossiers of the J. Edgar Hoover era. Like Hoover, these twisted freaks are playing the game of deflection to get you thinking that they are still adversarial.

Yes, Five Eyes and Seven Ears. The mother ship of all cointelpro is British Intelligence along with Tavistock and Chatham House (RIIA)  This is where ISIS and al-CIAda were created. The Israelis run the surveillance sure, to make sure there are no whistleblowers with the inside core group, but the Vatican and their assassins may be called in anytime to clean the mess.  Watch carefully as the Trump-Obamagate Wiretap BS plays out.  Did you catch the Judge Napolitano or CIA analyst offer Obama’s go around for the US Intelligence and going directly to GCHQ? Yes GCHQ, the Defence Signal Intelligence group for Great Britain and the Lords of Full Spectrum wiretapping and eavesdropping.

Managed by the Mossad, most of the EU is under surveillance but the operations personnel know they are under watch.  Not likely they will do anything wrong considering they all got their jobs and promotions based upon the dirt the Israelis gathered over the years from the days of  SHAMROCK, BLACK CHAMBER, ECHELON, 911-811, INSLAW, PROMIS software back doors, AMDOCS, PRISM massive Honeypots and setups and damning evidence to blackmail them into service. It was  how they got the Mafia into the CIA in the JFK years and since that time the Mafia has just moved into government.  Michael Corleone went legitimate too, remember? It was Phiple Troenix, the Carnivore project that placed the FBI’s role in covering up 911. It was instrumental along with ECHELON to monitor the internet VOIP and landlines post 911 to insure they would mend any fences if needed. And they did. Hundreds died mysteriously in the eight years under Bush-Cheney. 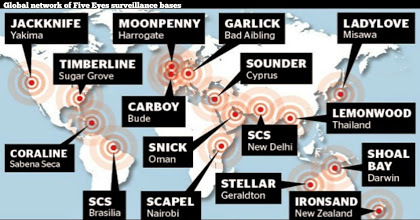 With the real leaks that came out prior to Edward Snowden, the Master of the Human Domain had to reassess how they would avoid this problem. This was the enterprise system.  How they would take SIGINT, Cellular, land based data, internet and dark web and encrypted systems and collect ALL the data in a way where only EYES would have access to the data beyond the Justice Department and warrant segment of law enforcement. This is where we are now.  All, 100% of the traffic is being intercepted, run through the algorithms and keyword gauntlets and the being diverted to deep state servers with just trickles going into law enforcement servers.  It’s the law enforcement and Justice Department that were the targets of PROMIS software and Israeli intelligence to monitor the key traitors involved with PNAC’s New American Century and Pearl Harbor program created somewhere around 1990.  This is the expose that costed Danny Casolaro and others their lives for attempting to expose it.

Now, the only enemy is GPS. When I got information from ex CIA NOC informant, they did not carry a cell phone.  Like Trump said, if you need security, write a letter and deliver it yourself, but leave your cellphone at home and take a taxi. 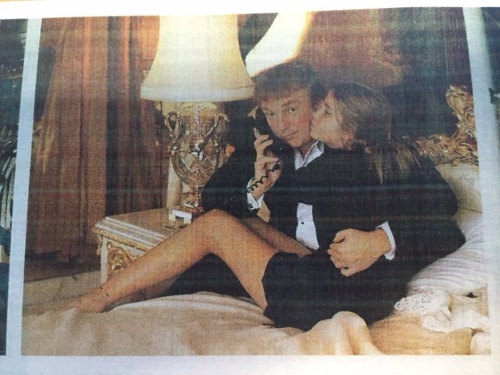 Today the news has indicated Intel is buying MobileEye. This is the new millennial version of PROMIS and AMDOCS. The Israelis will have the keys to your car and the Intel chipsters will oblige in all the NWO corporate rules. Remember you pay  up and keep your mouth shut or they shut you down. Only the Bilderberg 500 are going to be employers for the New World Order.

Trump and Obama is entertaining yes, but it’s only fiction like the whole house of cards.  Netflix can  offer only slightly better entertainment because they can use pedophilia, assassination, blackmail, etc. while DC Holyrood can only offer conspiracy  and third person narratives on these themes.

A NEMESIS in the SKY

You should have heard the laughs I got when I said China was putting surveillance into furniture. lamps. refrigerators and other appliances in 1999.  Now these folks call me and I get to laugh now.  I found a GPS, GSM signal emanating from a Chinese UHF-VHF Antenna I purchased. It pretends to be remote receiver for mechanical control but it’s frequency and data is nowhere near 433Mhz and has a Frequency-hopping spread spectrum (FHSS) signal that I will attempt to decode using my dark web wireless cracking tools.  The only thing I do not know is whether this was in the antenna at production or was it modified just for me.

My advise is the same as it was in 2013. It is time to dump your cell phone and disengage your cars GPS. If you have a  new TV, unplug it’s power when not in use. If it’s connected to internet and gaming, recording, modem boxes disconnect the cable, phone line or wireless.  My new advise is for entrepreneurs.  You should consider opening a junkyard and thrift store and buy old TV’s appliances and used cars pre 1999 and go into business. Or learn how to do counter-surveillance and soon you will be in big demand. Remember the IRS, FBI, NSA, CIA, State Department, Justice Department are listening and every Googler and Telecom is getting rich on your most private and public information.  Trump is Twitter, Obama is Facebook and the now 14 Eyes is SPECTRE.

The reality in this case is real. All the information is cheap to get. It is sold for money, collected for government targeting of citizens and the real stuff is delivered to places like Space, Utah, and other places unknown. It is encrypted and Eyes only for the deep state committee and their agenda.  How many people have said information is power?  Government Gangstalking is based upon this information. They know your family, friends, medical history, financial information, political leanings, religious affiliations and sexual orientation and gender identity.  It is a recruitment tool as well.   Real ID and chipped cards are tracking tools and your habits are important.  There are reasons beyond this though. Somewhere in the deep dark rooms there is a master plan where all the data will be used to provide you a special program, tailor made just for you.  No secret that bio-metric data is being collected and DNA identity as well.  I can get yours by rummaging through your garbage. They can get it with a scanner. 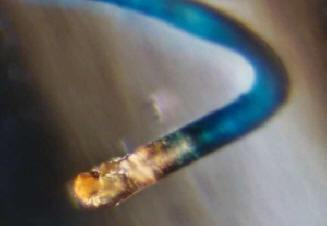 We suspect the nanotechnology and buckyballs are are the basis for Morgellons disease. What we don’t know is whether the Morgellons fibers are indeed radio transmitters. They are currently testing nano injections of these little assassins to target specific cells based on frequencies so why not let us breathe in these little circuits and voila, instant connectivity! 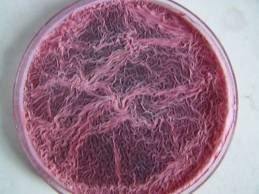 Now the mesh networks can go to work to collect the information at an even deeper level.  Likely we are already bugged and if needed we can be sent a special frequency and have a heart event or a trigger for a rapid fake cancer.  It was my contention that Fukushima may have been staged for public consumption so that they could chemtrail us with radioactive nano-particles. I suspect they really do not want to damage earth, because they consider it their property but instead rid the surface of the virus and bacteria known as human beings.  Uranium and Plutonium is a terrific sterilization idea it is a better means for communication.  So what is the surveillance state really up to in the final equation? I have to believe it’s a massive database for genetic and socio-political extermination. Seems to be irrelevant whether Obama wiretapped Trump at this point. We should be way ahead of that now.