Some interesting research about the link between metal oxides & neural toxicity & development . Aluminium hydroxides are nano particles used as an adjuvant in vaccines & may be linked to autism & ‘Gulf War Syndrome’ . The metal oxides can lay dormant in tissue for years before being transported ‘trojan horse’ style to the brain by macrophages . The metal oxide particles are then deposited in the neural tissue where they remain , possibly for life . This research suggests that a continual autoimmune response is then triggered by the brain .

Scientists appear to be far closer to explaining the mechanisms of action within the body that cause autism. Most of the research that has created this understanding has been published in the last 36 months, and largely from international scientists in Canada, France, Israel, and China. Four clear, replicable, and related discoveries explaining how autism is triggered are forming an undeniably clear picture of autism’s causation, and possibly ways to alleviate the symptoms, too. 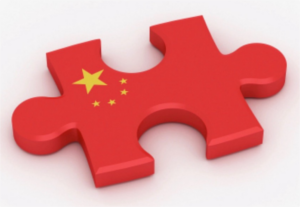 PASADENA, California — When Caltech scientist Dr. Paul Patterson passed away in 2014, I had little appreciation that he had triggered a chain of events over the course of his career that may now provide a clear and unambiguous explanation of how and why my son developed autism back in 2004. Knowing exactly how my son’s autism was caused is incredibly important to my wife and I, because the more information we have about causation, the more chance we have to do something about it, and perhaps recover my son from an affliction now impacting 1 in 48 American kids.

What you’re about to read is the product of more than two dozen very recent peer-reviewed published scientific studies, with really no original thought by me. I’m a businessman and a father, but what follows is a “grand theory of autism” so complete and well-supported that I think it deserves the attention of every member of the autism community. When the totality of this explanation became clear to me, not only did my jaw hit the floor, but I was immediately consumed with thoughts about how this clear explanation might impact the way we treat our son’s autism, and I hope it does the same for you and perhaps your doctor as well. What I’m certain of is that this “grand theory” needs to be heavily debated, and I hope by putting it in the public realm I help move it along that path. (I’m indebted to an anonymous scientist who runs a website called Vaccine Papers, where many of these insights came from. I will quote VP throughout this piece, referring to VP as “VP.” I highly recommend you read the totality of his website, where the explanations are far more scientific than what you will read here.)

It shouldn’t be a surprise that the final piece of this puzzle came from China. I’ve listened closely to the stories of American scientists wanting to study autism and complaining that any studies that are even remotely controversial are nearly impossible to fund or get approved. As you will see, Chinese scientists do not appear to have that same constraint. In a way, many American, Canadian, and French scientists have pioneered a pretty clear picture of how autism is caused, and the Chinese helped tie it all together. That’s at least my interpretation, please make your own judgment.

The full article continued here at Healthcare in America .