The Gates of Global Governance

Reblogged from Coalition of the Obvious

A replica of a Roman arch that once stood in front of the pagan Temple of Ba’al was erected for the World Government Summit in Dubai this week, creating a scene that one rabbi claims symbolizes the dangerous fusion of Ishmael and Edom against Israel.

The Jesuit portal for a bluebeam blueplate special.

The original Roman Victory Arch stood for 1,800 years in Palmyra, Syria, until it was destroyed by ISIS in October 2015. A full-size 28-meter tall replica of the arch was created last year by the Institute for Digital Archeology, a joint project of Oxford and Harvard universities, and has been displayed twice before.

Though Rome and the Arab Emirates appear in different parts of the world and at different points in history, Rabbi Winston sees them as connected ideologically and spiritually.

“Tradition tells of four exiles, the last being the Roman exile. Israel is being assailed by the Arabs but nowhere do we hear of a fifth, Arab or Ishmael exile,” explained Rabbi Winston. “This Roman arch in Dubai symbolically ties them both together: Ishmael, the Arabs, and Edom, which was epitomized by Rome.”

“Just like the Romans, the Arabs are trying to control the world, and succeeding,” said Rabbi Winston. “Even though it is the Arabs against the Jews, it is really the Arabs continuing the mission of Edom to conquer the world. This connection between Dubai and Rome is showing that Edom never ended. It just put on a different mask.”

Opening the portal and the Trinity of recreating the Temple of Baal as a energy vortex in New York,  London and Dubai will open a portal to dark matter(s) created at CERN and initiated in 2013 before the Temple was destroyed in Palmyra but at the same time., that the planets were be aligned in such a way as to expedite the the event. It was during that time that the LUCIFER observatory was very active and the Vatican was carefully monitoring the planetary positioning.  Aside from the Vatican’s creation of the political force known as Islam, behind the obvious Jesuit -Joo battle is the real threat of the crI$I$ team.

What is the real crisis?   Quantum! It is not just SPECTRE and the secret deciders, but the Q team and other quartermasters who in their compartments are following instruction from  the D-Star information. Too much?  Indeed. The fact that our life history can be summed up as a complete fiction is hard to swallow. From Nazi’s to NASA and from Ancilla  to Zeno we are entangled in a web of deceit so massive that it would obliterate the psyche of most mortals. Drive them mad. And that’s the real danger of the technocracy.  Those who have succumbed to it’s forces have already left this sphere and are totally operating in another realm. This is where we will face the challenge of Agenda 2030 and a total transformation as predicted by the likes of those we have discussed here often.

When science goes bad it does with a purpose. In vortex terms the problem solution is also a solution to create the problem.  A Hegelian algorithm is in this NWO for certain and runs through the technocracy from Tesla to Minsky, Hyman and Marvin. All equations are in play and every  system is part of the larger quantum state of this universe, no longer with boundaries, both ethically and philosophically.

The information is only transmitted in Media, the Electromagnetic Audio Visual Network. (EVAN) Only qubits from this point on and we get bits of the message in Hollywood and other predictive programming waves.  As in the movie Contact, the Arroway clue was a Sagan clue to the bluebeam project which is only a algorithm that must bring us to the final conclusion. In order to achieve this it must be both ancient and future science meeting in a space where all human consciousness intersect. All states are covered. If not then they must be transitioned or altered.  We know this is the case when we look at chemtrail, nanotechnology, chemical science and electromagnetic and particle sciences and add the quantum computing to the mix.  Once accelerated to speeds of light, the 4D and  DStar are confirmed. This is where the crisis comes.

It’s not that progress doesn’t have some value but the vortex tells us that it historically finds its way to the controllers and in the dialectical triad it uses its benefit to control and kill. From the Nobel to the DoD, this technology is dynamite.  When Contact the movie came out I believed it to be quite an extraordinary clue to the Agenda 21 blueprint and full of subtle clues much like Eyes Wide Shut. Both included deaths of Carl Sagan and Stanley Kubrick, which I find both were assassinations via the technocrats and committee.

A cancer-stricken Hadden, now in residence on the Mir space station, reveals to Arroway that a second machine was secretly made in Japan, and that Arroway will be the one to go. Outfitted with several recording devices, Arroway enters the machine’s pod which is then dropped into four rapidly spinning rings causing the pod to apparently travel through a series of wormholes. 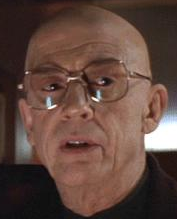 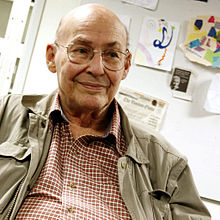 Some may believe the concept above but I speculate as to the conspiracy of the universal deceit.  This was a con-game, a financial moneyhole like NASA and 2001, a Kubrick Con, based upon Minsky  and not Minkowski. No space time 4th dimension wormhole but a guinea pig inside the collider and quantum superposition for a mind link AI download.

So Arroway does travel in terms of consciousness but nowhere in terms of space outside the matrix.  When the alien intelligence from Vega is in reality the psychopaths entrenched in CERN, MIT, Stanford and the rest of the channels in the inner circle of the Technocracy are playing with the algorithmic reality of total spectrum dominance.

Obviously the wormhole is not excluded as part of the whole psychological operation of Project Bluebeam but this merging of reality of Quantum physics, computing and spacetime does leave us wonder why the Roman Jesuit Arch replications appearing at points of interest. If it s an attempt to follow a specific algorithm from Lucifer himself I must say it is very clear that the squares are the portals and it’s purpose necessary for the big and grand delusion. While the Bilderbergs meet in Dubai to discuss replacing us with robots and providing us a stipend called Universal Basic Income, we can see the matters of the ‘mark’ and cashless full spectrum surveillance is a predictable pattern of the master blueprint and the equations are already in the system. We only need the universal leader to emerge, the Borg mind adjustment bureau and the rest of the technocracy to get their programs debugged and ready to run.

Is robotics the wave of the future or is it transforming the population into robotic servants of the global one percent. Time will tell. This week…

Global leaders are gathering in Dubai to talk about good government

This entry was posted in Cult Watch, Uncategorized. Bookmark the permalink.